What dangers lurk in e-cigarettes and vape pens?

Despite steadily declining smoking rates over the years, more and more Americans are trading in traditional tobacco products for electronic cigarettes. Because they are thought of as a safe alternative to regular cigarettes due to the reduction of harmful secondhand smoke, e-cigarettes and the retailers selling them have become abundant. Proponents of e-cigarettes advertise them as helpful in “kicking the habit” for traditional smokers, but those who swap smoke for vapor may be trading one danger for another.

There are many reasons people may choose to use e-cigarettes, and that use has increased exponentially since they hit the market. According to the Centers for Disease Control (CDC), approximately 13 percent of U.S. adults have tried e-cigarettes on at least one occasion, while nearly four percent consider themselves regular users. E-cigarettes are also wildly popular among teenagers. Rates of use have tripled in this demographic since 2014. 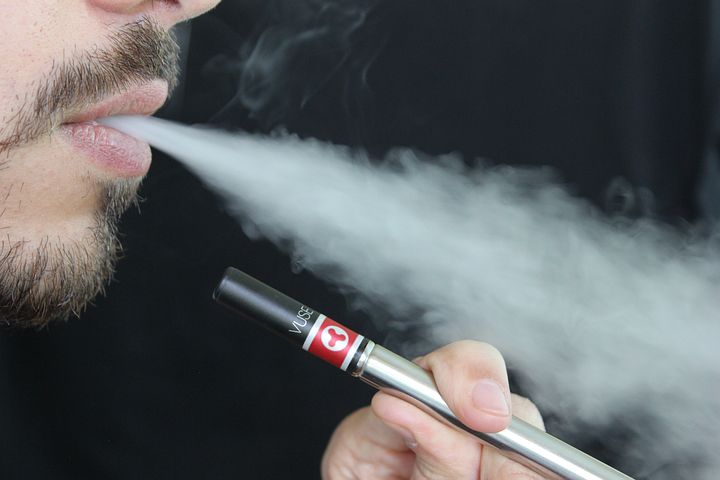 How do these products work? The typical e-cigarette includes a number of components: a rechargeable lithium battery, a cartridge containing nicotine, flavoring additives, other chemicals such as glycol or glycerin, an atomizer containing a heating element or coil, an LED light that simulates the burn of a regular cigarette, and a sensor that activates the atomizer when the user takes a drag. The device works when the atomizer heats the liquid contained in the cartridge to a boiling point, thereby creating vapor which is inhaled by the user – thus, the term “vaping.” There are many, many versions of e-cigarettes but ultimately, they can all be sorted into one of two categories:

E-cigarettes broke into the market with a bang, advertising appeal after glowing appeal. They were sleeker, they were more discreet, they even came in flavors from mango to crème brulee. However, the icing on the cake was the claim that they were better for users than cigarettes and could assist smokers in quitting. Some of these appeals are admittedly rooted in truth: Users can control the level of nicotine in the cartridges, and slowly reduce consumption over time.

The designs–propelled by the company Juul, but soon adopted by others–look more similar to a hard drive than a vaping device. Box mods, which are a form of rechargeable vapes, are bulky but easily refilled and charged. Juuls and many disposables are slim, easily fitting between two fingers, and replacement devices and/or pods are inexpensive. They are much less conspicuous than cigarettes; though also small, cigarettes have a very distinctive smell that does not dissipate quickly. E-cigarette “hits” generally don’t yield as much smoke and the scent fades quickly from clothing and belongings.

Even the claim that vaping devices are better than cigarettes has merit: the sheer number of pernicious chemicals in conventional cigarettes outnumbers those in the synthetic, electric alternatives. However, according to the CDC, almost 19.6% of high school students used e-cigarettes. This is a clear demonstration of who these new devices are really appealing to: the teenagers. The designs are sleek, and it appeals to a young eye that appreciates a feeling of newness that clings to an iPhone or a MacBook. They’re more discreet, allowing underage users to more easily avoid detection. Crowding in bathroom stalls, trekking from the main school building to the football field, even exhaling furtively into a backpack at the back of the room: middle and high school students can take their vape with them everywhere.

Even the flavors appeal to teens. Mango, strawberry, banana, and other fruit flavored options are the most popular.  These options encourage teens to believe that vaping “isn’t that bad.” It’s not as bad as smoking, which means it must be safe, which means they’ll be fine.  Teenagers do not have fully developed brains, meaning that nicotine inhibits the growth that isn’t set to end until mid- to late-twenties. The risks of this interference include the development of mood disorders, permanent reduction of impulse control, and the alteration of synapsis formation. This can affect attention and learning in students who haven’t even made it through high school yet.

The last, and most significant aspect of this contribution lies in education. E-cigarette companies must be up-front about what they are filling their products with, and be held accountable for continuing that innovation.

When e-cigarettes have become potentially fatal

This does not rule out the role that other chemicals may have played in the onset of the illness, but it views vitamin E acetate as a considerable threat. Luckily, there has been a removal of vitamin E acetate from certain products, and the rates of hospitalization for EVALI have been falling.

There is also evidence that e-cigarettes may be susceptible to explosion due to battery failure. According to the U.S. Fire Administration, when the battery seal in these devices ruptures, the pressure within the device builds up, causing the container and/or battery to rupture. These explosions are more common in “mechanical mods”, which have powerful lithium-ion batteries-batteries that the FDA is wary about-that are capable of shattering bones and knocking out teeth upon combustion.

Between 2009 and 2016, 195 explosions occurred, with 133 injuries in total and 38 injuries warranting hospitalization. In 2016, the University of Washington Medical Center received 15 patients in 9 months. Thirty percent of these patients suffered from severe blast injuries. In Nevada, a 17 year-old boy was using a vape when it exploded and blew a hole in his jaw. He required multiple surgeries and endured six weeks of his jaw being wired shut.

The $15 billion e-cigarette industry compounds the problem by continuing to bring these products to market without appropriate warnings that would apprise unwitting consumers of the potential explosion hazard.

Because e-cigarettes are relatively new to the consumer market, they remain largely unregulated. The same is true for the lithium batteries used to power these devices. Recently, however, the Food and Drug Administration (FDA) has recommended regulations, which could give the agency more control over these products. Consumers need to be aware that these devices are controversial because of the way they are marketed and because of the health hazards therein. 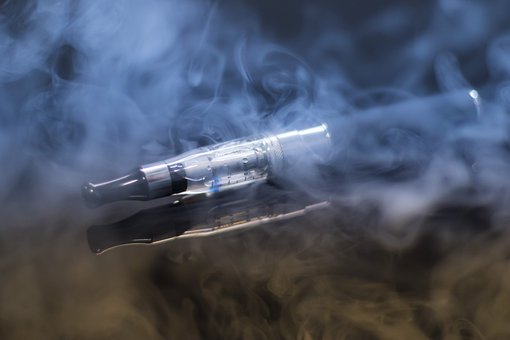 I’ve smoked cigarettes and am looking to quit, is vaping a good option?

If I use rechargeable e-cigarettes, how can I prevent an explosion?

How can I avoid EVALI while vaping?

Attorneys earn two categories for Lawyer of the Year

In 2019, despite the advent of ride share apps, public transportation, and awareness campaigns about the dangers of drunk driving, over one million people were arrested in the United States…

Many parents are anxious about the safety of their children while trick-or-treating on Halloween, especially during the COVID-19 pandemic. Parents whose children have food allergies have an additional concern –…