How Long Will It Take to Settle My Personal Injury Claim?

How long will it take to settle your personal injury case? At the risk of sounding like a “lawyer answer,” the truth is that it depends. But we can give you a rough idea of how to make an estimate of how much time it will take based on a few important factors. Every personal injury case is different, but there is a certain progression of steps that have to be taken in handling and resolving a personal injury claim. The length of these steps can vary, but we have provided some general estimates as a guideline. 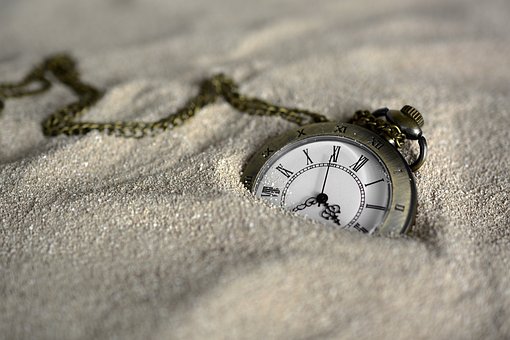 Sand in the hourglass: How your injuries impact your personal injury case

The first factor is the type of injuries sustained and the period of time necessary for those injuries to “mature.” For most people with soft tissue injuries (muscle, ligament and tendon strains, sprains, and bruises), these injuries will completely heal in about six months or less, depending on the severity. About 20% of people with these types of injuries, however, will continue to have symptoms even after a year, and about half of those will have symptoms that are significant enough to interfere with their activities on a regular basis. The period of time for these injuries to “mature” therefore varies. Generally your attorney will have to wait until you have reached one of two points in recovery:

When you have been released by your doctor as basically well, or have reached MMI, that is the end of the first stage of your case.

A week, a month, a year: The documentation of your losses

A second factor in the time it takes for a personal injury case to be resolved is the documentation of the losses. Although there can be a number of items of your damages or losses due to the collision, there are certain common ones that Virginia law allows you to recover for in your claim. Each of these losses has to be properly documented. This requires obtaining all the records and bills from your health care providers. If your injury involves aggravation of a pre-existing medical problem, often your attorney will need to meet with your doctor, review the prior medical records as well as the records from after the collision or date of injury, and determine what, in the doctor’s medical opinion, is most likely due to the accident.  Then the doctor has to dictate a report and send it to us. Sometimes it takes several letters and a number of telephone calls before we receive a medical record. If time is missed from work, we will need a statement from your employer verifying your employment, rate of pay, and hours and days missed from work.

Tick, tock: Confusion regarding the case

A third factor in the time it takes for a personal injury claim to be resolved is what problematic issues there are in the case. Although there can be a lot of issues, there are four general types that seem to especially impact and delay a case.

Time and time again: How insurance makes a difference

A fourth factor in the time it takes for a case to be resolved is the insurance company that is involved in the case. Some insurance companies are extremely difficult to negotiate with to obtain a reasonable settlement. In the movie “The Rainmaker,” an actress portraying an insurance adjuster testifies in court that her training with the insurance company on handling claims was to “deny, deny, deny.” Most insurance companies do not pay out money easily. At times an adjuster will request additional information multiple times, and it can be difficult to determine if the requests reflect a true need for more information or is just a delay tactic to drag out negotiations. Delay  can wear down the claimant so that the injured person (you) will finally take an offer that is too low, just to end a process that you may find very frustrating and so you can move on with your life. Part of the skill of a negotiator is to determine when negotiations are in good faith and when they are just part of a strategy of attrition.

A fifth factor in the time it takes for a case to be resolved is issues about liens against the settlement or the validity of claims for reimbursement. After an acceptable offer has been negotiated with the insurance company, then we usually have to negotiate with health care providers about their bill balances, or with health insurers or health benefit plans about any claim they have for reimbursement. For instance, if you are injured during your employment, then you may have a workers compensation claim as well as a claim against the person who caused your injuries.

However, by Virginia statute, you have to pay the workers compensation carrier back for any medical expense and wages they pay to you or on your behalf, if you make a recovery against someone else who caused your injuries.Determining exactly what the workers compensation insurer has paid, what of that is reimbursable, and then negotiating what we will pay them back, can take a number of months. Although there is a Virginia statute that says a health insurance company cannot require you to pay them back, there is a federal law that exempts many health plans from that state law; in that case, your health plan can require you to pay them back if the plan language is properly stated and the plan meets certain requirements.

Although every personal injury case has different specific facts of how the injuries occurred, what injuries and losses were suffered, and what treatment led to what progression to what recovery, there are certain stages each case goes through leading to resolution (settlement or trial). There are also certain factors that may affect how fast a claim can be resolved. Hopefully this article will give you a brief overview of what is involved and what these stages are. Working as a team, we at the Allen Law Firm are all dedicated to moving your case to the best result possible in the shortest amount of time.

Below is a full and chronological list of Mercedes recalls. Date: 5/3/21 NHTSA Recall ID number: 21V288 Issue: Water intrusion from AC drain hose may cause short Make and model…

The basis of all tort law is negligence. But let’s back up: generally, a tort is any wrongdoing (not arising from a contract) for which you can bring an action…

In Iowa’s Adventureland Park, the Jaramillo family was expecting a day of fun. Unfortunately, the water ride they were on flipped and the six passengers on their raft were pinned…