Sovereign Immunity: What Is It? How Does It Affect Malpractice Lawsuits?

Sovereign immunity is the legal principle that the government (and its branches, departments, agencies, and employees) cannot be sued or held legally responsible for their actions. This legal principle comes from the old English law that held the king was divinely chosen and therefore could do no wrong. As a result, the king could not be held accountable for his actions nor could his representatives. When the United States was founded, this principle of British law was adopted. Since early colonial times, however, the courts and congress have limited the original broad scope of this immunity, as have the individual states. However, except where limited by judicial decision or by law, the principle of sovereign immunity remains the law.

The above list is an outline, but let’s explain it in some more detail. 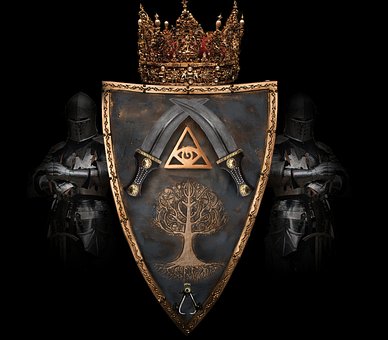 In James v. Jane, 221 Va. 43 (1980), the Virginia Supreme Court fashioned a four part “balancing test” to determine when a doctor employed by the Commonwealth is protected from medical malpractice claims by the doctrine of sovereign immunity.

The third factor that courts will consider is the amount of judgment and discretion that the doctor’s activities involve (James, 221 Va. at 53). A doctor whose duties involve greater use of judgment and discretion is more likely to be protected by sovereign immunity because the doctor’s duties “should not be affected by threats of personal liability arising from the use of such discretion” (Lohr, 246 Va. at 87). However, the mere ability to use discretion and judgment is not the only consideration; the courts take a functional approach which examines whether that discretion is attendant to duties that are integral to the Commonwealth’s interests (Id.).

The fourth factor that courts look to is the level of control that the state exerts over the doctor (James, 221 Va. at 53). A high level of control over the doctor weighs in favor of immunity, while a low level of control weighs against it (Lohr, 246 at 88). As the Virginia Supreme Court itself has recognized, this rule seemingly contradicts the rule in the third prong of the James test, which holds that greater amounts of doctor discretion weigh in favor of sovereign immunity (See id.). The court has not provided much guidance as to how to balance these apparently opposing factors, explaining only that “when a government employee [such as a doctor] is specially trained to make discretionary decisions, the government’s control must necessarily be limited in order to make maximum use of the employee’s special training and subsequent experience” (Id.). Various cases seem to indicate that because the exercise of judgment is perhaps inherent in a doctor’s functions, the determinative element will be that of state control.

By way of contrast, in Gargiulo v. Ohar, 239 Va. 209, 215 (1990), the court noted that the defendant physician was granted enough discretion and was under enough state control to be entitled to sovereign immunity.

Although a very old principle of law, sovereign immunity is very much still an important doctrine in Virginia law. This article has focused on its application in medical malpractice claims, but it applies in many other contexts as well. In subsequent articles, I will discuss how this principle applies to other types of claims and what laws have been passed that allow claims against the governments and its employees.

We hope this message finds you well and your family and friends healthy. We are all still adjusting to the new normal, and we continue to be mindful of the…

As the temperature rises and COVID restrictions ease, there is often nothing better than taking a dip and cooling off. As inviting as pools and beaches may be, there are…

Very often we encounter headlines linking leafy greens with E. coli outbreaks; usually tied to spinach or romaine lettuce. Why is there a connection between E. coli and leafy greens?…